Where has fall gone? It is almost Thanksgiving and I have so much to tell you. I've had some HUGE changes happen recently and you should probably know about them.

The first announcement is that my newest middle-grade book with Future House Publishing, The W.H.O. Files: Potions in the Pizza, had its release date changed from October 2016 to April 2017. Why? It was selected by FHP's distributor to be their spring lead title. This means it will be getting more attention not only by the publisher but my their team of distributors. Hopefully they'll have a better chance of getting this book into your local bookstores. I'm all geared up and ready for that book to come out. So mark your calendars for April 1st, 2017. Yeah, NO JOKE! You can also pre-order the paperback already on Amazon by CLICKING HERE. 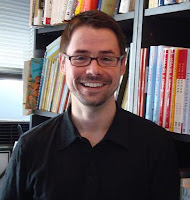 Another great thing that’s happened is I finally signed with an agent! This has been a long time coming but I can proudly say that I am now represented by the super-agent and new partner, Michael Bourret, at Dystel, Goderich & BourretLLC. I’ve known Michael for a few years now. We first met when I interviewed him for the Authors Think Tank Podcast during a Storymakers Conference in Provo, Utah in 2013. That was our ice breaker. The day after the interview I pitched a book to him. Since then I have been trying everything to win his favor. I’m happy we finally get to work together on something. Already it’s been a fun experience. This guy is brilliant and really knows his stuff.

So that’s about all I have to update you on right now. Right now I’m looking forward to the New Year and I’m starting to really think about the goals I want to set for myself as an author/illustrator on 2017. As you know, I’ve been an indie author for all of my current books. With the publishing of The W.H.O. Files I will become what's called a hybrid author (publishing both traditionally and non-traditionally). Making the switch from indie to traditional was hard. I’d become so accustomed to doing everything myself it was a challenge to let go on some things. I think a lot of my goals for next year will be embracing the traditional route. I don’t think this means I will no longer indie publish, just trusting it more.