Update and Some Cool Reads


It has been a while since my last post, so I thought I’d share a little of what I am up to and also what books I have been reading lately. Things are moving forward with The W.H.O. Files: Potions in the Pizza. It is set to come out in April. I got a phone call from my publisher letting me know they were sending me some printed copies. I can’t wait to see this book in print.

I’ve been so busy illustrating projects lately that I my writing is coming in little spurts. I am working on a new project that my agent is currently reviewing. If all goes well I might be swapping the drawing for writing. My current illustration projects include a fully illustrated novel about dinosaurs and a picture book about a spoiled girl. It’s been fun to work on both—all though time consuming.

Since I am illustrating so much I’ve gotten a lot of audiobooks under my belt. Here are just a few that I recommend: 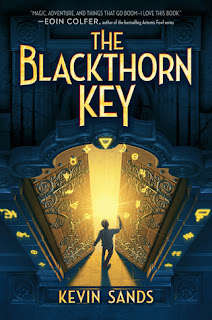 The Blackthron Key, by Kevin Sands. I enjoyed this mystery set in London during the 1600’s. It’s
about an orphaned boy who is an apprentice to an apothecary. It’s filled with twists and turns and great surprises. My favorite moments were solving the codes and riddles left by Christopher Rowe’s master.

Synopsis: Until he got that cryptic warning, Christopher Rowe was happy, learning how to solve complex codes and puzzles and creating powerful medicines, potions, and weapons as an apprentice to Master Benedict Blackthorn—with maybe an explosion or two along the way. But when a mysterious cult begins to prey on London’s apothecaries, the trail of murders grows closer and closer to Blackthorn’s shop. With time running out, Christopher must use every skill he’s learned to discover the key to a terrible secret with the power to tear the world apart. 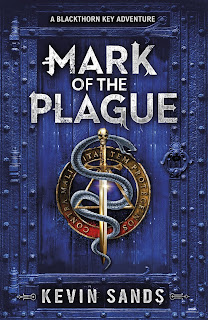 Mark of the Plague, by Kevin Sands. This is the sequel to The Blackthorn Key and it was just as good. I enjoyed the fresh spin the author takes with the main character, Christopher Rowe. This one has just as much mystery as the first book. I super fun read!

Synopsis: The Black Death has returned to London, spreading disease and fear through town. A mysterious prophet predicts the city’s ultimate doom—until an unknown apothecary arrives with a cure that actually works. Christopher’s Blackthorn shop is chosen to prepare the remedy. But when an assassin threatens the apothecary’s life, Christopher and his faithful friend Tom are back to hunting down the truth, risking their lives to untangle the heart of a dark conspiracy. And as the sickness strikes close to home, the stakes are higher than ever before… 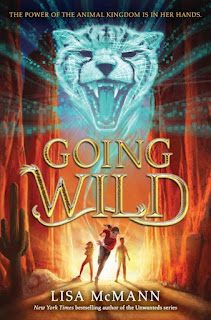 Going Wild, by Lisa McMann. I thought this book was going to be just a normal “moving to a new town” kind of book, but it was surprisingly fun. The main character finds this bracelet that gives here super animal powers. Sounds kind of corny but it was a great read. I plan on continuing the series when the next book comes out.

Synopsis: Charlie Wilde knew her life would change forever when her family moved from the city of Chicago to the suburbs of Arizona…and that was before she found the bracelet. After putting it on, she notices odd things start to happen. Suddenly Charlie seems to have the speed of a cheetah and the strength of an elephant—and that’s just the beginning. She would be thrilled about her transformation if she had any idea how to use the device or control her amazing powers. So Charlie is forced to put her trust in new friends to help her uncover the surprising truth behind the mysterious bracelet. 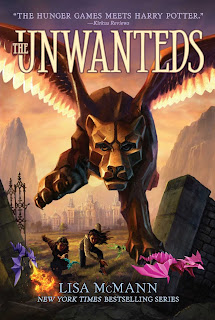 The Unwanteds, by Lisa McMann. I’ve seen this series around but hadn’t had the opportunity to read it until now. I enjoyed the premise of the book and was hooked on the first chapter. I didn’t enjoy how the narrator head hopped so much—sometimes in the middle of a scene, but I understood why. It was creative and I think I’ll continue reading the series.

Synopsis: When Alex finds out he is Unwanted, he expects to die. That is the way of the people of Quill. Each year, all the thirteen-year-olds are labeled as Wanted, Necessary, or Unwanted. Wanteds get more schooling and train to join the Quillitary. Necessaries keep the farms running. Unwanteds are set for elimination. It’s hard for Alex to leave behind his twin, Aaron, a Wanted, but he makes peace with his fate—until he discovers that instead of a “death farm,” what awaits him is a magical place called Artimé. There, Alex and his fellow Unwanteds are encouraged to cultivate their creative abilities and use them magically. Everything Alex has ever known changes before his eyes, and it’s a wondrous transformation. But it’s a rare, unique occurrence for twins to be divided between Wanted and Unwanted, and as Alex and Aaron’s bond stretches across their separation, a threat arises for the survival of Artimé that will pit brother against brother in an ultimate magical battle.

I’ll post some more in a few days. Like I said before, I am listening to a lot of audiobooks.
Posted by Mikey Brooks at 2:56 PM